Seems like it's been a while, a few years have passed since my last post and still I have nothing to say but I am trying.

I receive several emails yearly from old blog pals inquiring about my status and wondering if I am currently daisy fodder or wearing stripes. The truth is that I stopped reading and writing completely. At the time of my past posts I was finishing a book per week and had a journal full of scribbles and writings filled.  Life, as it does for most changes and mine did back then. I will not bother you with the dreich or dribble of it, but please know that I thought of many of you often.

Recently after moving house, I found my old writing journal and was flooded with emotions of both pleasure and pain. The pleasure of discovering the old leather bound notebook, accompanied with the utter pain of knowing that it had been barren for years still filled with the throbbing contents of my head. Fast forward to now and yours truly is mired in busy. Running a business, raising two teenagers, taking care of an elderly live in family member and coaching multiple teams, etc...

Finding the old journal gave pause to a life most hectic, a life plugged in to societal demands that requires coin and membership. I turned to the last page to see what I had written and in July 2013 the last journal entry in the newly found leather bound journal was:

Email ThisBlogThis!Share to TwitterShare to FacebookShare to Pinterest
Labels: they call me sausage fingers.

After a much needed break from all writing
I feel the need to empty the noggin once again
and purge the system of the toxins within.
Like the terminator once said - I'll be back.
More to come, perhaps after the World Cup.
Cheers... 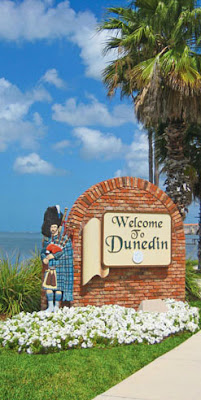 There's a wee town on Florida's west coast called Dunedin, it's rich in Scottish heritage and boasts a truly great highland games as well as many worthy pubs. Men walk around in kilts and even though it's 80 degrees you can feel the highlands in the air. Although never confirmed I imagine the name Dunedin is a mix of Dundee + Edinburgh two of Scotland's immortal cities one of which spawned yours truly.

I will get back to Dunedin shortly because I want to make a life point here: There are many things a man can do to prepare himself for the battle of life, a man will be challenged over and over and by the time he has reached thirty I suppose he will have had his share of scraps and tussles and bar fights and beatings, or maybe it's just me.
That being said by the age of 14 most lads will start building the body for the oncoming battle.

By the twenties your body is hard and and fast and if you keep it up through your thirties you are on a good path. By the time a man reaches forty, he most likely has a family, a 401-k, mortgage and other obligations that keep him on the clock until he reaches the ripe old age of 65.

My point? well in the beautiful wee town of Dunedin something happened that no matter how hard the body or sharp the mind or how well stocked the retirement cubby is, an event so cataclysmic no human defense would matter. 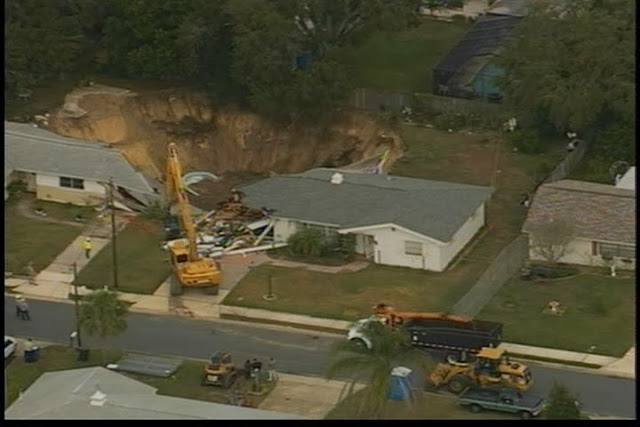 Your P90X will not aid you during this biblical reconstruction of terra firma!
So go ahead and drink that extra pint or have another donut because when you feel that rumble under your feet even the fastest bolt on the planet can escape the sinkhole. My heart goes out to those affected by such a miserable tragedy, what on earth does one do to deserve this? Life on this little rock is fragile enough.
Hug your weans and kiss your spouse because at any time the earth can open up and swallow you whole - Literally!


Another sinkhole opened up in Orlando earlier this year close to the theme parks. 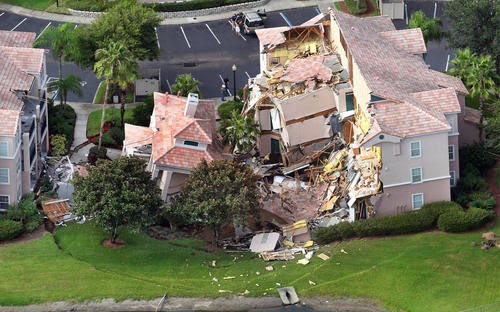 It seems as if this trip with dad was a combination of two things.
1. Watch the glorious men in dark blue perform their majestic dance.
2. Collect the money owed from the man in hiding, apparently the juice was running.

Comfortably slouching in the passenger seat of the pillar box red XJ6 clad in jeans and black leather I pretended to be a gangster. Be careful what you wish for because a few years after that trip while living in South Florida I was in the employ of the "Greeks" and I do not mean the college fraternity lads and their paddling rituals but rather the type that promoted the exports of Columbia and Bolivia to the rich of South Beach.

Dad was suited as usual, a hardworking man from the docks of Dundee who rose to high levels as a business man due to an astringent work ethic and perhaps some nefarious dealings to which I was not privy to or would even understand as just a lad at the time.

The two ladies answered the blue wood door, their necks like giraffes stretching out and around inquiring as to who was interrupting their precious slumber.
Father requested the presence of the so called man of the house as it is he that owes a sum of money and today it is to be paid.

I was told to wait in the car but like most inquisitive lads I snuck out to hear what dad was requesting of the ladies.

As I stood behind my Father I was able to see their perplexed look as they began to spin their wordy excuse, I watched as the two ladies presented a tale worthy of a golden statue, all while only offering their long necks behind the blue wood door. I realised later in life that my Father could have easily smashed that door and entered their habitat in search of the debtor if only the lad was not present.
The giraffes finished their repose as to the whereabouts of the offender with the statement-
"He's a gallant wanderer."

He's a gallant wanderer...there it was, the words that stuck with me for years to come never leaving the memory and always bringing images of the giraffe ladies.

My Father retreated from the blue wood door in a volatile state and the giraffes returned to their safe slumber never to be seen again but always remembered...always.

We now drive to a market where the hunted supposedly earns a bit if coin, on the way I keep saying over and over - A GALLANT WANDERER...A GALLANT WANDERER.
What did it mean? I did not understand the words spoken by the cautious longnecks all I knew is that those words had taken over my head and the joy of the weekend and the match had been replaced with the thought of a man on the run whose label was Gallant Wanderer and had nowhere to hide because every where he went he would be pointed at - There goes the gallant wanderer. 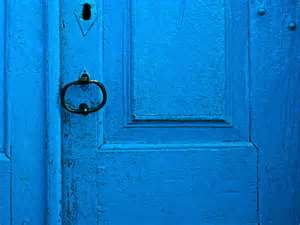 Back in those days the culinary simplicity of a good chip shop would usually satiate the needs of young sausage but on this day even the delight of a black pudding supper with two pickled onions could not offer recluse because the words kept playing over and over.

I don't know if my father ever collected the debt or if the debtor was ever found, we did however spend the day in Glasgow and being at Hampden surrounded by your people was an memorable honor.
A concrete and steel castle every little space filled with saltires of blue and white and Lions on the rampage and enough tartan to fill a book about tartans.

Still to this day I think about that trip with my Father and the two giraffes and their glorious words that embedded so deep into my cerebellum at such a young age. I often wonder if seeing my Father in his other business role led me to what I became after we switched continents a few years later.

The memory is usually triggered a few times a year when I imagine the XJ6 and the deep smell of her luxurious seats. The noble and daring giraffes in defense of their breadwinner so cautious yet callous in their lies. The black pudding supper and two pickled onions and how lacking they were for the first time. The utter joy of watching Scotland standing next to your Father in the national stadium while witnessing the glory of 22 men, one ball and a green silky carpet perform what most young Scots lads dream of. And of course the words so elegantly described to label the pursued...a man who may yet still be on the run, who knows the whereabouts of the one they call the...
GALLANT WANDERER 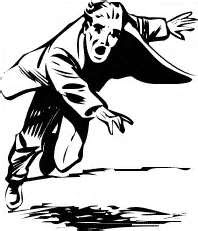 My wee corner in the Creggy

A piece of my childhood has just been evaporated from existence as I learn of the closing of the Taychreggan Pub in Dundee.

The Taychreggan was a revamped Victorian mansion turned pub in the 1970's, it was also the local of mum and dad which by default made it my second home.

The memories of this wee spot on the globe still linger in the noggin, many nights and weekends I gladly watched my ma and pa along with their gaggle of mates drown their sorrows at the Creggy apparentyl we were v.i.p.'s because I was always allowed in but had to stay in the corner with my coke - cola not Colombian flake! that was years later.

I witnessed my father broker many deals at that bar while nursing down pints along with generous amounts of whisky and my mother held court with her half pints and other mixed concoctions. I sat and watched it all.


I was fortunate enough to learn early on the promise of a good pint and the amber allure of a glass of the water of life while watching the good people at the Taychreggan Pub drown their sorrows and fill up their happiness with Scotland's finest liquors.

I sometimes wonder if my time in the corner watching and listening, observing the drunk and down trodden people of Dundee saunter into this wee corner of the globe has formed me as a man.
Was it this place that taught me my take no prisoners persona as I remember grown men beaten and thrown curbside for their offenses only to return the following night for another round of liquid courage.

The closing of the Taychreggan pub is like a wee part of my soul dying, a remembrance of happy times when my father and mother were younger and held the world in their hands with such verve.
I can still smell the place when I walk into older establishments, that old wood and aged leather aroma the air thick with fermented hops and the clinking of many glasses.

The noise of loud conversation and the whispers of money and deals all while I sit and watch and learn the ways of men.
I still use the lessons I learned in that wee corner as I weave my way through life.

The memories of the Taychreggan will live in me forever. 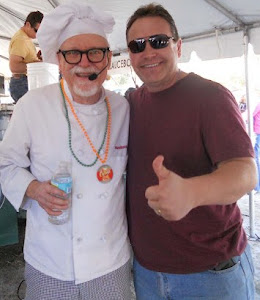